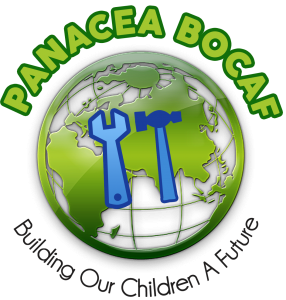 development. These methods are centrally related and arranged around you the public, by your awareness and participation. Direct assistance by the general public is needed to sign the petitions and help promote awareness of these issues to the general public.

Further, the input from individuals and organizations by the application of grants is needed for these logistics to happen. Panacea is an environmental organisation but is intended to be a NOT for profit entity that is grant based and relies on Public funding, Government funding, Private individual funding and Educational funding. The intent of Panacea is to form and realize a non profit intent towards a charitable, educational, literary scientific purpose. Panacea’s mission is to prevent corporate cartel subjugation and or influence against the public.

Our goals as an organization are:

A Better Future with Panacea

We are currently in the process of attempting to build a public non profit proposed granted research and development centre for manufacturing proprietary and open source inventions plus creating an educational open sourced library of alternative and suppressed FREE energy inventions.

These plans also depend heavily on the concept of an alternative energy educational faculty being set up, via volunteer work. We have garnered the interest of many open source engineers qualified to carry out such a function.

Because open source R&D and media awareness are two of the most efficient and effective avenues of work, we are prepared to take certain developed devices onto the media, we have prepared a media script which will focus on educating the public and the scientific community about the reality of these devices, and to justify further grants for the centre.

Whilst we believe it is imperative to get this technology out there, it is also important that we address the opportunities for social reform and therefore focus on the sources of issues (not just one-sidedly focusing on the symptoms by addressing them with disclosure of technology)- By highlighting the time and time proven missing information and knowledge in the curricula of the mainstream faculties.

Also we intend to shed light on the corporation-based subjugation that is present in preventing advancement of the scientific academia. Many willing and supportive engineers have already reached out to us and told the non profit organization of the hardships involved.

There is adamant support by engineers working with this technology (and being suppressed) for a public R&D centre and faculty, for working under non-discriminatory conditions and for serving and assisting the mainstream faculties in order to compile a higher scientific educational process. Plus create security for energy devices which have been hidden from the public for a corporate profit motive.

It is our mission and primary goal to help prevent the social, economic and political conditions, currently acting as limiters, hindering the public dissemination of technology of this nature, listed on our R and D principles page. We are a non-profit-organization dedicated to helping the youth and engineers achieve results, not for profit, but for humanity.

Panacea’s objectives will also attack the source educationally from a public accessible faculty research centre to enact social reform and regulation of the cartels responsible for alternative ENERGY suppression.

The Institute will have a separate scientific advisory board and trustees (for the financial sponsors). The Panacea trustee’s will be the steering committee which will plan and conduct the activities. The beginning of Panacea’s educational program can be reasoned as justified by the sites profile and proof of the past and present suppression of certain alternative energy technologies.

And by the presentation of the (virtually publicly unknown) available new alternative energy technologies and the education related. The evidence of alternative energy suppression including demonstrations of a portion of this suppressed technology will be presented on the site and submitted to various public media outlets. For the current media script please consult the FREE energy suppression Page.

Detailed factual based evidence along with the current profile of the globally established (yet publicly unknown) education and engineers involved in the alternative and suppressed energy field is presented on the site to justify and attract grants for the public’s own research and development centre for public security of the technology.

The organization of the Panacea research and development centre is for consolidation of the globally established engineers into a not for profit role for protection, perfection, education and manufacture of these devices into the public domain.

Panacea’s objective is to publicise the facts of free-energy suppression and create a non-profit organisation supported by philanthropic and public grants. Charities and philanthropic groups exist to address hardship; Panacea can establish irrefutable FACTS that hardship towards public education and dissemination of this technology exists in the current economic and political climate.

The proposed granted Panacea institute will also provide public training in suppressed and alternative free-energy techniques and fund individual inventors who are willing to make their inventions open-source. Panacea also intends to use grants to fund any proprietary suppressed and or alternative energy device. Panacea will then license the technology and put ALL revenue back into helping the environment and or our listed sustianable projects.

Panacea will also provide licensing for proprietary inventors experiencing hardship from the current political and economic conditions, and who wish to secure their invention into the public domain and further provide a faculty study for thier proof of principle in our faculty research center.

The Panacea research centre will also optionally help with manufacture and promotion. This is to help generate revenue back into Panacea’s non profit environmental projects which are profiled on the site.

This page serves as an introduction to the extent of the technology, education and engineers which are currently unknown, ignored and deliberately suppressed from consensus reality. This page also describes a growing list of engineers and education will be consolidated into the proposed granted Panacea research and development centre.

The centre will comprise 3 divisions for:

The faculty division will serve to upgrade the current universities energy curriculum’s and enable a secure public release of this education and technology. The faculty facility will advance education. Currently faculties instituted scientific dogma keep them un willing to accept the reality of these suppressed and alternative energy devices.

The educational institution will also help provide regulation of the cartels profiting by the public’s ignorance of the medium. The Faculty courses will also include open source technology and licensed technology content, which is to be studied, publicly displayed and disclosed at a faculty level. Note that engineers who license and register their technology through Panacea can still protect their proprietary content should she/he wish.

The demeanour of the Panacea sites content is not intended to blame people, mention and investigate any thing controversial with out facts and solutions.

Panacea wants to consolidate the public and recruit people. Panacea intends to establish the integrity of the involved fields and motivate the public to start funding their own sustainable development via the proposed granted public non profit research and development centre.

Panacea’s research is further presented to address and globally unite sustainable development in world communities through green non corporate free energy de centralization, social reform, hemp production, ecology and conservation education in schools along with communal organic ECO farming. This is for all countries both third world and western.

Without wasting valuable time on pointing out every reason and last detail for needing the above acculturations. Panacea instead will now present the research by a deductive outline. This is presented through the fractal branched order in the web site content.

For the proper presentation of Panacea’s logistics, please read the submissions in the following order as outlined in the menus. Before commencing reading of the site please review the disclaimer presented.

Panacea welcomes more input into its logistical approach, and seeks help! Please do not hesitate to contact Panacea with your opinions, ideas and or help.
Panacea also requires positions to be filled!! Please contact us with any input.

An extension of the former, needing its own page. This is a great laymen’s introduction into the actual suppressed ‘energy’ field used by the profiled devices.

This list is a growing compilation of open source and proprietary engineers research and development and technology who have contacted Panacea. These engineers seek sponsorship and investors for their technology.

Like the devices listed on the R&D principles page their energy technology has a higher efficiency and sounder environmental relevance. Yet there is still no education, funding and or supportive legislation for the current technology to match such efficiency.

This section shows the easy solution for the cortically needed replacement of the current polluting industrial industry with renewable materials. Facts on this page show the reasoning for hemp to be mandated into the building code for conservation and sustainable development. This section also has petitions for the public to sign to count at the federal level.

Reform for fair public banking stability and economic poise via the Von Misis institute, the institutes submissions are for regulation of the fractal Federal reserve banking system fraud. This section also has petitions for the public to sign to count at the federal level.

Evidence of concern presented – This section also has petitions for the public to sign to count at the federal level.

For any member of the public, philanthropic groups, charities and or engineers who wish to donate or sign up for support.

Please contact Panacea and help make it happen for ALL.